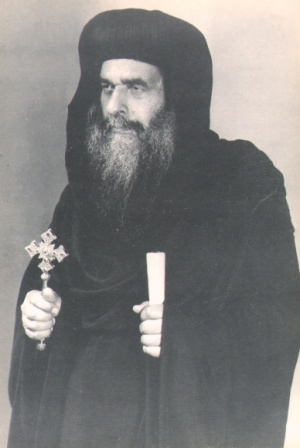 His Holiness Pope Cyril VI (Atta) of Alexandria (also transliterated Kyrellos, Kyrillos, or Kirellos), born Azer Ioseph Atta (August 2, 1902 – March 9, 1971), was Coptic Orthodox Pope from 1959 to 1971. Pope Kyrillos was one of the greatest popes, patriarchs and ascetics in Orthodoxy. He was a wonder-working saint with gifts of healing, exorcising demons clairvoyance, clairaudience, and prophecy, as well as the gifts of those that the coptic church designate as “anchorites” namely the gifts of agility (instantaneously travelling/teleporting to far places), and that of bilocation (being at two places at the same time). He was a world class ascetic who survived only on a piece of prosphora (unconsecrated communion bread), a cup of espresso coffee and a glass of water during lent. A great revival of monasticism and an expansion of church-building inside and outside of Egypt took place in his episcopacy. He continues to work miracles to this day (more than 40 years after his death), and was canonized in the Coptic Church in 2013. 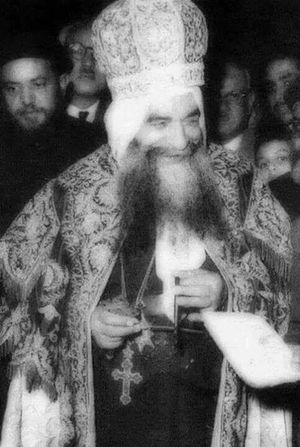