The picture of the Virgin Mary as she appeared and transfigured outside the south eastern dome as has been drawn by Dr. Labib Shenouda, a doctor of Alexandria. (From his memory after he saw the appearance of the Virgin Mary with other thousands of people.) [1]

Zeitun, also El-Zeitoun or Zeitoun, is a district of Cairo, Egypt. It is noted for its Marian apparitions.

According to thousands of witnesses, the Virgin Mary appeared in different forms over the Coptic Orthodox Virgin Mary Church at Zeitun for a period of 2–3 years beginning on April 2, 1968. The apparitions lasted from a few minutes up to several hours each, and were sometimes accompanied by dove-shaped luminous bodies. They were seen by millions of Egyptians and foreigners, including Copts, other Orthodox and Roman Catholics, Protestants, Muslims, Jews and people of no particular faith. The sick and blind were cured, and many people converted to Christianity as a result.

The Coptic Pope Kyrillos VI appointed a committee of high ranking priests and bishops to investigate, headed by Anba Gregorios, bishop of postgraduate studies, Coptic culture and scientific research. On May 4 the Coptic Orthodox Papal Residence in Cairo issued an official statement confirming the apparitions. They were also confirmed by Father Dr. Henry Ayrout, S.J., and Rev. Dr. Ibrahim Said of the Protestant Evangelical Ministries. Catholic nuns from the Sacré-Coeur order witnessed the apparitions and sent a detailed report to the Vatican, resulting in the arrival of an envoy on April 28 who also saw the apparitions and sent a report to Pope Paul VI. 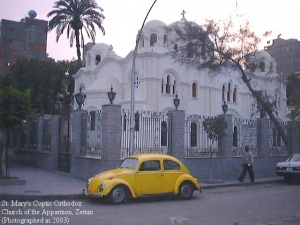 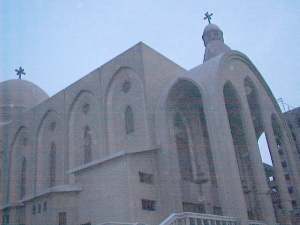