Archbishop Vitaly (Maximenko) of Jersey City was the ROCOR Archbishop of North America and the Abbot of Holy Trinity Monastery, Jordanville. 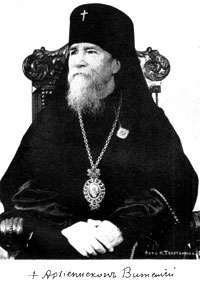 December 2: Fr Vitaly appointed a teacher of the law of God, head of the printing press and a member of the spiritual court of Pochaev Lavra.

October 13, he opened the Holy Trinity Theological Seminary at the monastery. Participated in the consecration of Archimandrite Michael (Konstantinides) as the Archbishop of the Greek Archdiocese of America.