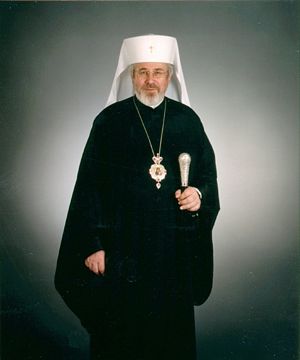 His Beatitude the Most Reverend Archbishop Leo (Makkonen) of Karelia and All Finland, primate of the Church of Finland, was born in Pielavesi in eastern Finland on June 4, 1948. After completing studies in 1972 at the Kuopio Orthodox Seminary, he was ordained deacon on July 20, 1973, and priest two days later.

From 1979 to 1994 he served as chair of the Fellowship of Saints Sergius and Herman.