Nestor (Zakkis) of the Aleutians 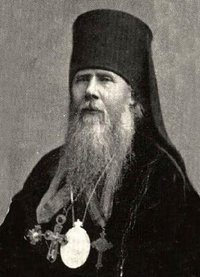 Bp. Nestor (Zakkis) of the Aleutian Islands and Alaska

His Grace the Right Reverend Bishop Nestor (Zakkis) of the Aleutian Islands and Alaska (December 20, 1825 Arkangelsk, Russia-June 30, 1882, at sea near Norton Sound, Alaska) was consecrated bishop on December 17, 1878, and assigned as bishop of the Aleutian Islands and Alaska diocese. While he did not have a formal theological education, he was a gifted administrator which, with his fluency in English, served him well in the environment of North America. During his administration translation of the Gospels into the Eskimo language was begun. He actively visited his extended diocese, reviewing the state of the church in Alaska. It was during the second such trip in 1882 that he fell overboard from the ship carrying him across the Bering Sea. His body was recovered and buried at Unalaska.

Bp. Nestor was born Baron Nikolai Pavlovich Zakkis on December 20, 1825, in Arkangelsk, Russia. The family was a member of the Russian gentry. His education was secular, beginning when he entered the naval program at the Alexandrovsk Cadet School on May 20, 1832. On January 31, 1836, he transferred to the naval cadet school. As his naval career advanced he was in turn promoted in 1842 to the rank of reefer and then to midshipman, and then on to lieutenant in 1849. Due to illness, however, he was discharged from the navy in late 1850.

After a few years he entered a monastic life when he joined as a novice the Dormition Monastery in Bakhchisaray in the Crimea on November 20, 1853 . He was tonsured a monk in 1854 and given the name Nestor. On June 22, 1854, he was ordained a deacon and then to the priesthood on July 3, 1855. In 1857 he was assigned to serve as a naval chaplain on Russian ships. Through this service he traveled through the Mediterranean and to the shores of North America, including staying a year in American waters during the American Civil War.

Leaving naval service he was assigned as pastor of the Orthodox community in Pau, France, in November 1866. Subsequently, on October 29, 1878, he was raised to the rank of archimandrite, and then on December 17 of the same year he was consecrated Bishop of the Aleutian Islands and Alaska. He took his responsibilities as bishop of Alaska to heart, and even though the seat of the diocese was more than 600 miles outside its boundaries, in San Francisco, he made extensive tours of the Orthodox communities in Alaska. It was on his second tour that included the Kwikhpak missions along the Yukon River and as far north as St. Michael's Redoubt, that he died as a result of an accident. On June 30, 1882, in the Bering Sea he fell off the deck of the ship that was transporting him back to San Francisco. His body was subsequently recovered and buried at Holy Ascension Cathedral at Unalaska, Alaska.

Unfortunately, after Bp. Nestor's death, assignment of a new bishop for the diocese was not made for five years, until the assignment of Bp. Vladimir (Sokolovsky-Avtonomov) in late 1887. During this time the Aleutian diocese was administered by the Metropolitan of St. Petersburg.

While the period of his episcopal activities was brief, Bp. Nestor actively pursued his responsibilities in his missionary diocese. Using his administrative skills and knowledge of English he corresponded widely in the Unites States, including with President Rutherford B. Hayes, about the needs of the people in the Alaska mission who, with the sale of Alaska to the United States, were under the civil authority of the American government. He initiated translation of the Gospels into the Eskimo language, and consulted with the Vermont State Library on typeset for the characters of the Eskimo alphabet. Much of his correspondence and other documentation has been collected and published by the AARDM Press in Minnesota.

Devotion to the members of his diocesan community occupied his attention greatly as he journeyed through his Alaskan communities. These journeys were not just to the settlements convenient to coastal travel, but included visits to the missions deep in the interior of Alaska along the Yukon River. The danger of travel in these northern waters is evident in Bp. Nestor's death on his return from his second journey through Alaska.