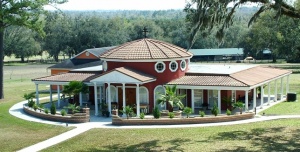 On April 15, 2016, His Eminence Metropolitan Alexios of Atlanta ordained the abbot, monk Modestos, to the diaconate and gave him the name Polycarp. On the following day, April 16, 2016, he was ordained to the Holy Priesthood and was officially enthroned as abbot of the monastery.