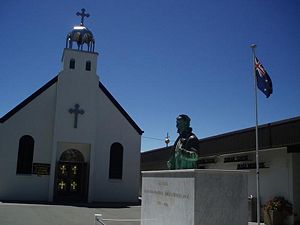 Following this dispute, the parish broke away from the Serbian Orthodox Diocese of Australia and New Zealand (New Gracanica Metropolitanate), and reverted to its original name of St George Free Serbian Orthodox Church. During 2009, the parish faced the decision to be amalgamated into the newly formed Organisation established by Bishop Irinej or to seek acceptance elsewhere.

Choosing the latter option, the parish has been accepted into The Holy Synod in Resistance, an Old Calendar Church based in Greece, receiving a blessing from the St. Cyprian and Justina Monastery, Greece. The current parish priest, from 2009, is Fr Dragan Saracevic.