The Diocese of Australia and New Zealand is a diocese within the Russian Orthodox Church Outside Russia. It is headed by the First Hierarch, Metropolitan Hilarion, and administered by Bishop George of Canberra. Within the diocese, there are various deans who are in charge of one or more geographic areas. Within this structure are a number of Deaneries, which - given the size of the diocese - are important in the running of the Diocese:

Additionally, the Diocese had a number of monasteries: 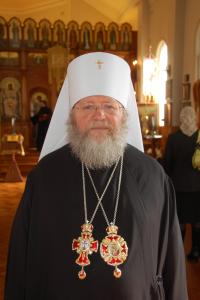