From OrthodoxWiki
(Redirected from George (Schaefer) of Canberra)
Jump to: navigation, search 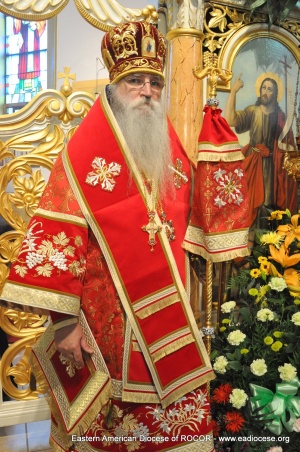 His Grace, the Right Reverend George (Schaefer) is Bishop of Sydney, and ruling bishop of the Diocese of Australia and New Zealand of the Russian Orthodox Church Outside of Russia.