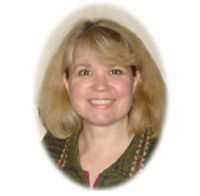 Lynette (Katherine) Hoppe was an Orthodox missionary to Albania serving under Archbishop Anastasios. A graphics designer, she published the book Resurrection: The Orthodox Autocephalous Church of Albania: 1991-2003. Suffering from breast cancer, Lynnette joined her Lord on August 27, 2006. She left behind her loving husband Nathan and two beautiful children, Tristan and Katherine.

Lynette Holmes was born on May 8, 1960 in Hammond, Indiana, in the United States of America into a family of missionaries. The family moved to Uganda in East Africa when she was three years old. Lynette returned to the United States in 1973 to attend the Moody Bible Institute. After three years she continued her education at Northwestern College in Minneapolis, Minnesota, graduating with a degree in Fine Arts. She continued graduate studies at Weaton College where she met Nathan Hoppe, whom she married and by whom she had two children; Tristan born in 1997 and Katherine born in 2000 in Albania.

After completing her formal education, she, with her husband Nathan and child Tristan, were placed in Kenya. Then in March 1998, Lynette and her family moved to Albania as part of an Orthodox missionary group to help the Albanian Orthodox in their recovery from decades of communist rule and persecution. She became active as a coordinator of many projects. These included helping orphans, disabled, and other poor children. She directed camps for children and charitable missions for the poor, and conducted classes of instruction including introducing her students to the fine arts.

As the new century began Lynette began to feel poorly and returned to the United States where she was diagnosed as having breast cancer. After a period of therapy, Lynette returned to Albania, to continue work among a people she become to love. As her condition worsened she became determined to be buried in Albania and chose for her final resting place a cemetery at the Monastery of St. Vlash near Durres. Lynette reposed on August 27, 2006.

Her funeral was conducted on August 29, 2006 by the Archbishop of the Albanian Orthodox Church, His Beatitude Anastasios, assisted by Metropolitan John (Pelushi) of Korsa, and many priests.