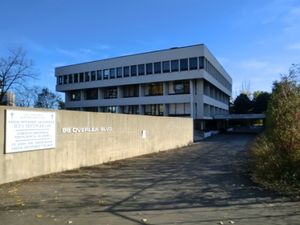 The present Archbishop of the Greek Orthodox Archdiocese of Canada, Sotirios, was elected Bishop of Constantia on December 18, 1973, and ordained on January 27, 1974. Since then, he has served the Church in Canada. He was promoted to Bishop of Toronto in 1979, Metropolitan in 1996 and Archbishop in 2019.

The Department of Religious Education provides instruction, access to resources and networking to support the proclamation of the Gospel of our Lord, God and Savior Jesus Christ throughout the Archdiocese in the Arctic. This Ministry hopes to encourage a greater communion with God by nurturing a deeper faith through the Orthodox Christian Church.

The Archdiocese Missions Board exists to: promote the domestic and foreign mission programs of the Archdiocese; encourage the establishment of mission committees in each parish, which would be responsible for promoting mission activities; communicate with other Orthodox jurisdictions and coordinate our mission programs; organize short-term mission teams; educate youth in the area of missions and evangelism; minister to inmates in Canadian prisons; and, perpetuate and promote the Greek Orthodox faith.

Orthodox Voice is a half-hour weekly religious television program in Greek and English, produced by the Metropolis, which airs each Sunday, between 7:30 and 8:00 PM (EST), on the Odyssey Television Network. On the air since March 1990, it has attained an audience of up to 75,000; episodes can also be viewed on the YouTube Channel of the Archdiocese. The Orthodox Voice is supported by the Greek Orthodox Order of Canada, established in 1975.

The School of Byzantine Music was established in 1991 to train chanters for the churches of the Archdiocese. In addition to the school in Toronto, schools have also been established in Montreal and in Winnipeg.

The Greek Orthodox Archdiocese of Canada is a member of the Canadian Council of Churches. Through this means, the Archdiocese expresses its opinion on important social issues, and in general participates along with other bodies in Canadian society.