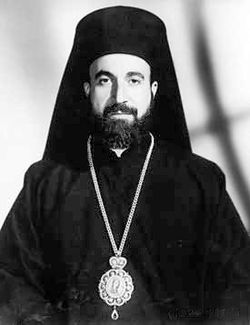 Bishop Paul of Nazianzus not only proved worthy of his calling, but also became a neomartyr of Orthodoxy. In a recent visit to Mexico of Patriarch Bartholomew (Archontonis) in 2006, the order was given to Metropolitan Athenagoras of Mexico and Central America to transfer the relics of the late Bishop Paul of Nazianzus to the Metropolis and be laid to rest at the monument of the Bishop that lies in the front court of the Cathedral Church of Saint Sophia, which was erected by this ever-memorable hierarch. The year 2009 marked the 25th anniversary of his death.