The Monastery of the Glorious Ascension (Resaca, Georgia) is a cenobitic monastery under the Russian Orthodox Church Outside Russia.

The monastery, popularly known as Ascension Monastery, is located in Resaca, Georgia, about 60 miles northwest of Atlanta along I-75, near Dalton. The monastery was founded in 1966 and was received into the Orthodox Church in America in August 1977. In 1980, the Brotherhood moved from Mississippi to Resaca, Georgia. After 20 years in the OCA, the Brotherhood entered the Russian Orthodox Church Outside Russia (ROCOR).

In 2003, after receiving a canonical release from Metropolitan Laurus of the Russian Orthodox Church Outside Russia (ROCOR), the Ascension Monastery was received into the Patriarchate of Jerusalem from the ROCOR and made part of the Brotherhood of the Holy Sepulchre, which is the Brotherhood from the Monastery of Mar Sabbas in the Judean Desert that is responsible for maintaining and protecting the Church of the Holy Sepulchre and other holy sites and shrines in the Holy Land.

On December 31, 2005, Hieromonk Nazarios was elevated to the rank of Archimandrite and was installed as superior of the monastery by His Eminence Archbishop Damaskinos of Jaffa, Epitropos of the Holy Sepulcher in America.

Following the dissolution of the parishes of the Jerusalem Patriarchate in North America and the establishment of the Vicariate for Palestinian-Jordanian Communities in the USA, the monastery was once again received into the ROCOR in October of 2010[1].

The monastery is now a convent for female monastics. Liturgical functions and services are administered by Priest Benedict Simpson, who has been appointed chaplain of the monastery by Archimandrite Maximos (Weimar), with the blessing of His Eminence Metropolitan Hilarion of ROCOR.

Being an intentional Orthodox community, weekend worship services are open to the public and a schedule of these services is available on the monastery [webpage]. Guided retreats (individual & groups) are being made available to those who want to delve deeper into their relationship with Christ within a monastic setting. There is now a thriving Orthodox community that has grown up around the monastery and service are well-attended. There are in residence two miraculous icons; one is of the Blessed Lady Theotokos (Myrrh-streaming) and one of St. Nicholas of Myra (self-restoring). 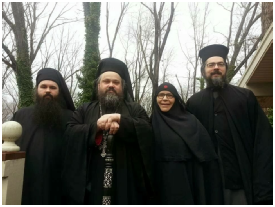 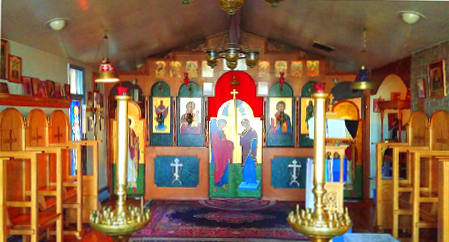 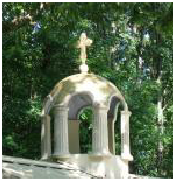 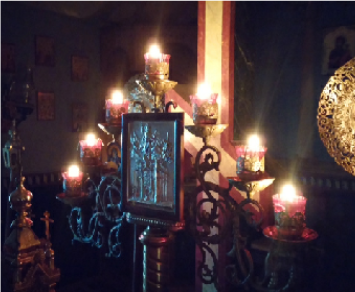 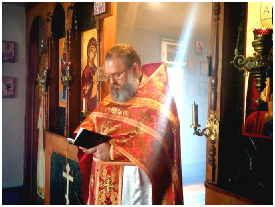 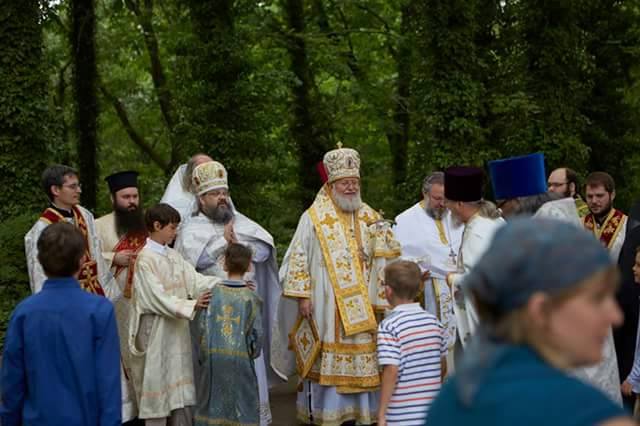 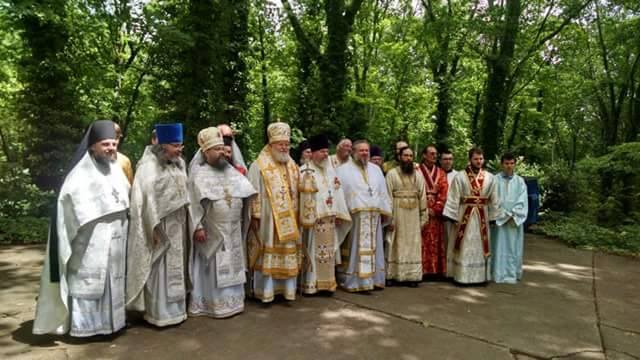