From OrthodoxWiki
(Redirected from Nektarios of Pentapolis)
Jump to: navigation, search 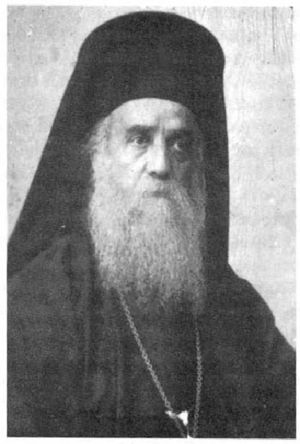 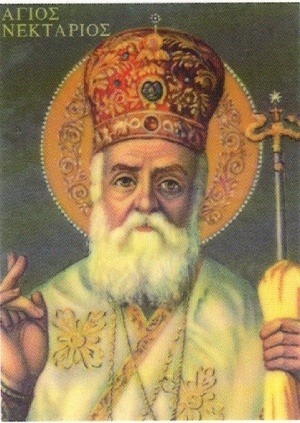 He served as a bishop in Cairo for one year, but was then unjustly removed from his post and was also anathematised. This was a result of lies made up by jealous clerics who envied his popularity with the people. Patriarch Sophronios refused to listen to St. Nectarios, who was sent away from Egypt without trial or explanation and was never given an opportunity to defend himself.

St. Nectarios died on the evening of November 8, 1920, at the age of 74, following hospitalization for prostate cancer. The commemoration date was set at the next day, November 9, because November 8 is the feast of Synaxis of Archangel Michael. The first posthumous miracle took place when the shirt of St. Nectarios was accidentally placed on the neighboring bed: a paralyzed man who was lying there was suddenly healed. The body of St. Nectarios was taken to the Holy Trinity Convent, where he was buried by the only clergyman- his best friend and spiritual brother Saint Savas the new of Kalymnos, who later painted the first icon of St. Nectarios. The funeral of St. Nectarios was attended by multitudes of people.

Uplifting of the Anathema