The Apostolic Governing Synod or the Most Holy Governing Synod (Russian: Святейший Правительствующий Синод) was the highest ecclesiastical council established by Tsar Peter I to govern the Church of Russia after he abolished the Moscow patriarchate early in the eighteenth century. This Holy Synod remained the governing body of the Church until the patriarchate was re-established in November 1917.

The Synod, as it would be generally referred to, was created by a set of Spiritual Regulations signed on January 25, 1721. Under the Regulations, a council of selected clergy was established that replaced the functions of the patriarch. The Regulations were apparently were written mainly by Archbishop Theophanes Prokopovich. In 1722, Synod was placed under the direction of a lay Chief or Ober-Procurator of the Holy Synod who supervised the activities of the Synod. While the new organization came within the conciliar principle of the Orthodox Church, and had received agreement from the Eastern patriarchs, the change in the Church government followed Western traditions as had most of Peter I’s reforms in Russia. [1]

The emperor personally selected the members of the Synod from a list of higher ranked monks and clergy from those recommended by the Procurator. The number of members on the council varied. The membership included seven or eight permanent members, who were appointed for life, and four to eight temporary members.

The Metropolitan of St. Petersburg usually held a special position in the Synod. Only he had the right to place inquiries, announce opinions of the Synod, and chair commissions and committees of church affairs. Usually, the transfer of members of the higher orders of the clergy were submitted for his approval.

The clerical work of the Synod was performed by an Office of the Synod that was managed by the Chief Secretary. As the activities of the Procurator grew, and became more intrusive, during the nineteenth century, an independent office for him was created in 1836. Most notable of the chief procurators were Nicholas A. Protasov, from 1836 to 1855, and K. P. Pobedonostsev, from 1880 to 1905.[2] 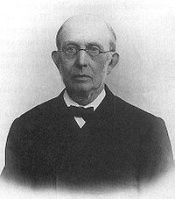 After the abdication of Emperor Nicholas II in the February Revolution of 1917, the institutions of the Synod were abolished during the events of the year. Early in March 1917, all the members of the Synod (eight bishops and two priests) appointed by the Emperor were dismissed by the chief procurator, V. N. Lvov, as reactionary vestiges of the tsarist era and a new Synod of Bishops was elected by the Church hierarchy was instituted. Only one bishop from the previous synod was elected to the new Synod, Archbishop Sergius of Finland and Vyborg. The new Synod, of four bishops and four priest, was tasked by the procurator, Lvov, to convene the All Russian Church Council in August 1917. Under the Provisional Government, the procurators were Lvov and the last procurator, A. V. Kartashev

While the legitimacy of the removal of the old Synod came into question, these questions were brushed aside as the August council neared under the oversight of Lvov and A. V. Kartashev.[3] With the election on November 5, 1917 of Metr. Tikhon of Moscow as the patriarch of the re-established Patriarchate, the Apostolic Governing Synod instituted by Emperor Peter I as the governing body of the Church of Russia came to an end.