Difference between revisions of "User:MariaCrabtree" 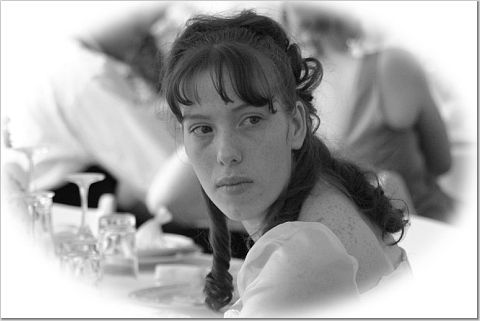 May 22, 2004 Reception
My name is Maria Crabtree, and I'm a convert to Orthodox Christianity communing at St. John Chrysostom Russian Orthodox Church (House Springs, Missouri). I previously attended West Virginia Wesleyan College for two years where I worked towards a B.A. in Christian Education and Environmental Science and minors in Philosophy and Religion. During my career at Wesleyan I was a Bonner Scholar where I worked for many nonprofit organizations including: American Red Cross, World Vision, Upshur County, WV Parish House under the United Methodist Church, and Academy Primary School in Buckhannon, WV.

During my freshman year of college I met Isaac, the man I was to marry. He transferred after his sophomore year at Wesleyan to Marshall University. I transferred to Marshall a year later, at the end of my sophomore year, to be closer to him and also so we could begin catechism in the Holy Orthodox Church. We were received by chrismation May 15, 2004. I took St. Mary of Bethany as my patron saint after my middle name Maree. A week later on May 22, 2004 we were married in the Orthodox Church.

I have a wide range of intrests including: event planning, curriculum writing, Tae Kwon Do, and (primarily now) domesticities.

I was born in Sistersville, West Virginia in 1983 and currently live in House Springs, Missouri with my husband Isaac.

Articles I have contributed to