I additionally serve as one of OrthodoxWiki's lowly sysops, and I've been editing on OrthodoxWiki since December 17, 2004, being the 10th user account created here. If you have a question or comment or want to reply to a message I left for you, leave it on my Talk page (I might not see it if you leave it somewhere else). I can't guarantee I'll get back to you immediately, though, given my responsibilities in the 3D world. If needed, try one of the other admins. 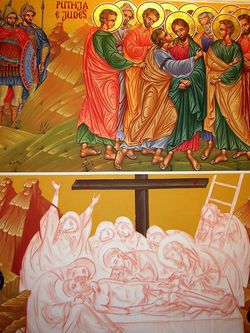