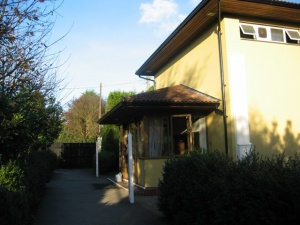 The Patriarchal Stavropegic Monastery of St John the Baptist is a monastic community for both men and women, directly under the Ecumenical Patriarchate. It is located in Tolleshunt Knights, Maldon, Essex, England. The community was founded in 1959 by Elder Sophrony (Sakharov), under the jurisdiction of His Eminence Metropolitan Anthony, Metropolitan of Sourozh and ruling Russian bishop in England, with six monastics from a number of nations; soon after, in 1965, the Monastery moved under the direct jurisdiction of the Ecumenical Patriarchate.