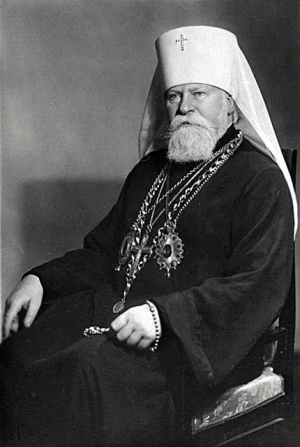 He supported the controversial 1927 declaration of Metropolitan Sergius, pledging loyalty of the Church to the Soviet authorities without concurrence of the imprisoned Patriarchal locum tenens, Peter (Polyansky) of Krutitsy, and Sergius' subsequent collaboration with them.

In 1950 he became a member of the World Peace Council, occupying a staunchly pro-Soviet position.[1]

Nikolay held Joseph Stalin in high esteem. However, his increasingly open opposition to atheism put him at odds with the Soviet leadership under Nikita Khrushchev. In 1960 he was dismissed from the position of the Chairman of the External Church Relations Department and later left the position of Metropolitan of Krutitsy and Kolomna.