The holy, glorious and right-victorious Martyr Nestor of Thessalonika was a companion of St. Demetrius the Wonderworker (October 26). St. Nestor's feast day is celebrated on October 27.

Having been moved to act against the mighty Lyeios (or Lyaeus), a most feared gladiator who mocked and tormented the Christians in the arena, Nestor went to see the imprisoned St. Demetrius and asked for his blessing to fight and defeat Lyeios. With the blessing of the saint and faith in God, he entered the arena and mortally struck Lyeios. 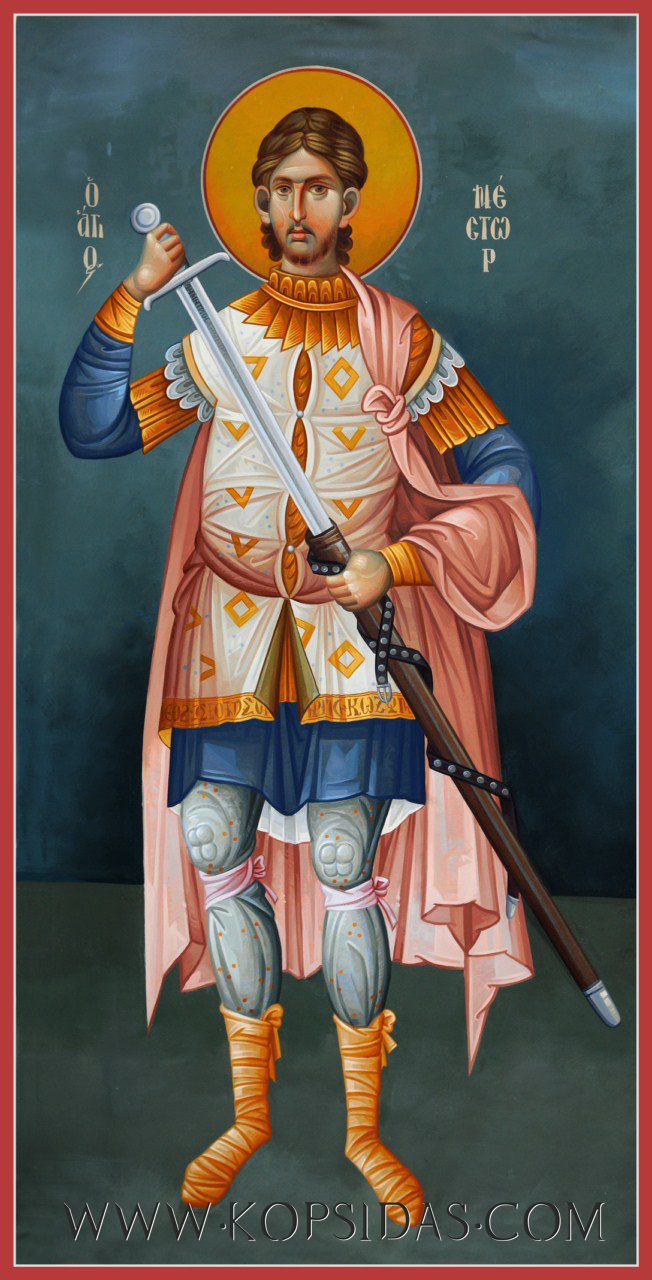