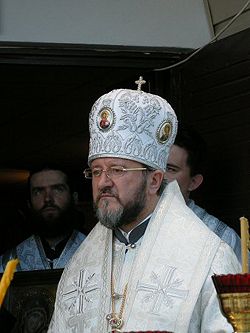 His Eminence, the Most Reverend Miron (Chodakowski) of Hajnówka was the Archbishop of Hajnówka and Orthodox Military Ordinariate for the Polish Army of the Church of Poland. He was killed in a tragic airplane crash in Smolensk, Russia with the Polish president, his wife, and many officials of the Polish government on April 10, 2010.