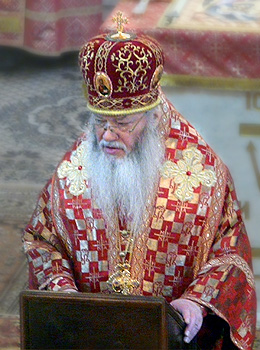 In 1957, when he was nineteen years old, Dmitriy joined the Kiev Theological Seminary. His studies were interrupted in the following year, when the Soviet Armed Forces summoned him to serve. After demobilization, he continued his studies at the Odessa Theological Seminary, from which he graduated in 1965 and entered the Moscow Theological Academy.