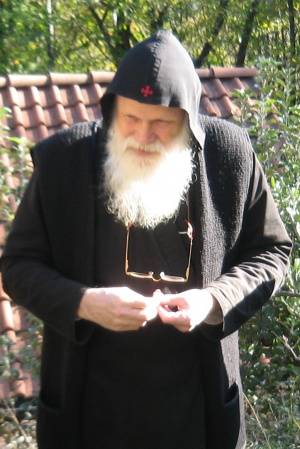 On August 27, 2010 (according to the Julian Calendar), Fr. Gabriel converted to Orthodoxy in the presence of DECR chairman Metropolitan Hilarion (Alfeyev) of Volokolamsk and Metropolitan Kallistos (Ware) of Diokleia during an All-Night Vigil at the Church of the ”Joy of All Who Sorrow” Icon, on Bolshaya Ordynka Street, in Moscow.

While congratulating Fr Gabriel on this move, Metropolitan Hilarion presented him with an icon of the Mother of God called “Joy of All the Afflicted”, to which the church in which Fr Gabriel joined the Orthodox Church is dedicated.