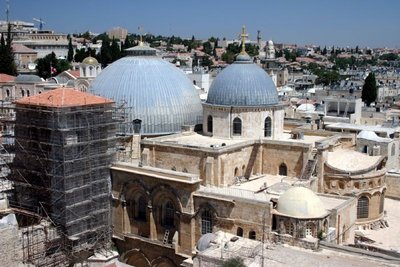 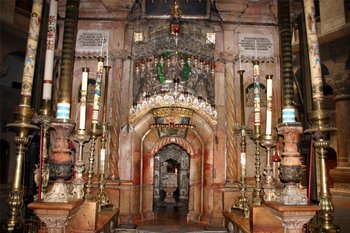 Each year on Pascha, an awe-inspiring event takes place in the Church of the Holy Sepulchre. At noon of the Holy Saturday, the Patriarch of Jerusalem with his escort - archpriests, priests and deacons and the Armenian Patriarch enter the Holy Sepulchre. After finishing prayers, a miraculous light appears--the Patriarch of Jerusalem lights two candles from it, then exits the sepulchre and lights the candles of the non-Chalcedonian patriarchs outside. Others' candles light spontaneously. For the first several minutes from the fire's appearance, it does not burn to the touch and many pilgrims immerse their faces and hands in the flame without being harmed.