The Holy Archdiocese of Nubia and Sudan and Eritrea is a diocese in northern Africa under the jurisdiction of the Greek Orthodox Patriarchate of Alexandria and All Africa. Its territory includes the parishes and missions located in the nations of Sudan, South Sudan and Eritrea. 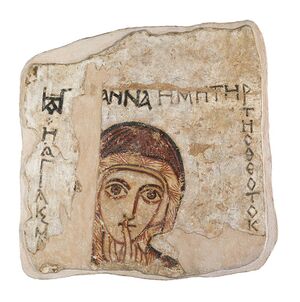 Christianity in Nubia may have already arrived during the Apostolic Age, when Saint Philip baptized Saint Aetius the Eunuch, an official of Queen Amanitore of Kush (1 BC–50 AD), modern Sudan. Nubia was a very rich region between the first cataract of the River Nile in Syene (today Aswan in Egypt) and where the Blue and White Niles converged into the River Nile (today Khartoum, Sudan). This condition favored the region to become the seat of strong civilizations such as the Kermans and the Kushites. It is also recorded that Nubia was subjected to Saint Melyos' preaching even before the end of the 1st century. This being said, it seems that Christianity still didn't grow at that place until some centuries later.

In the mid-4th century, the Kingdom of Kush started a war against the Kingdom of Aksum, which led to the victory of the latter. The sacking of Kush weakened Nubia, and the Pagan religion started to gradually fade out of existence over Christianity. Three kingdoms succeeded Kush: Nobatia in the north, Makuria in the middle and Alodia in the south, all of which were officially Christian by the 6th century.

By the second half of the 4th century, some Nubian cities were already dioceses of the Alexandrian Church under Saint Athanasius. In the 6th century, Saint Justinian made Nubia a stronghold of Christianity, building many churches in the area. It seems that the seat of the Archdiocese of Nubia was the Cathedral of Faras in Nobatia (later, Makuria conquered this kingdom), which was rediscovered in the 1960s, revealing astounding frescoes commissioned by Saint Justinian. Unfortunately, the name of the Orthodox archbishops of Nubia is not known.

The three kingdoms were affected by the Islamic invasion in c. 640, being subjected to a peace treaty between both parties which halted the expansion of Islamism in that area. This allowed Orthodoxy to survive for many more years in Nubia, while in Egypt large taxes were applied to the Christian population. Orthodoxy declined in 719, when the Nubian Church officially converted to Miaphysism, whose leaders were then much more powerful than the Patriarchate of Alexandria. Over the next centuries, the influx of Muslim traders introduced Islam to Nubia and it gradually supplanted Christianity. By the end of the 14th century, most cathedrals of Nubia were already converted into mosques.

In 1940, with the election of Archbishop Anthimos, the Archdiocese of Ptolemais was merged into Nubia, and the latter received the territory of Thebais Secunda (southern Egypt). The bishopric received the name Archdiocese of Nubia and Sudan, Aswan and Ptolemais. During the era of Abp. Anthimos, Sudan declared independence. In the 1980s, Christian persecution by Muslims resulted in a diaspora towards the south. In 1994, under Abp. Dionysios, the bishopric was renamed Archdiocese of Khartoum and All Sudan, but received back its original name in 2013 under Abp. Narcissus.

Since its modern foundation, the seat of the archbishopric is in the capital of Khartoum (where the Niles converge). In 2004, the Archdiocese of Ptolemais was reestablished. In 2017, under His Eminence Sabbas, Nubia gained jurisdiction over Eritrea, which previously was under the Archdiocese of Aksum, and received its current name.

In 2011, the Christian Sudan seceded from the north, forming South Sudan. Since then, Sudan is statistically 97% Muslim. Conversion to Christianity in Sudan currently faces death penalty.

(gained territory from the merged Archdiocese of Ptolemais)

(lost territory to reestablish the Archdiocese of Ptolemais)

(gained territory from the Archdiocese of Aksum)