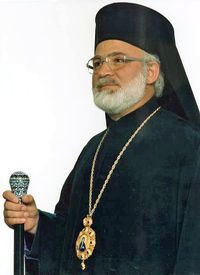 His Eminence Metropolitan Anthony (Gergiannakis) of San Francisco was the first bishop of the Diocese of San Francisco of the Greek Orthodox Archdiocese of America after it was created in the general reorganization of the archdiocese in 1979. Previously, he was the titular Bishop of Assimos, assigned to the Eighth Archdiocesan District in Denver, Colorado in 1978. In the re-designation of dioceses as metropolises in 2002 he was designated Metropolitan of San Francisco.