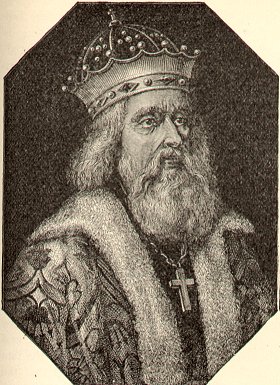 An engraving of St. Alexander Nevsky
The holy and right-believing Alexander Nevsky was the Grand Prince of Vladimir and Novgorod during the period of the thirteenth century when the Russian lands were under assault from both the East and West. His military victories in the West and diplomacy in the East kept northern Russia free of foreign domination. The Church of Russia recognized him as a saint in 1547.

St Alexander Nevsky is commemorated on August 30 and November 23. Also, the celebration of the Synaxis of the Rostov and Yaroslav Saints on May 23 was established by resolution of His Holiness Patriarch Alexis I and the Holy Synod of the Russian Orthodox Church, on March 10, 1964.

Alexander Yaroslavich (Александр Ярославич in Russian), the fourth son of Grand Prince Yaroslav II Vsevolodovich of Vladimir, was born in Pereslavl-Zalessky on May 30, 1219. He was the grandson of Vsevolod III (Big Nest, for his numerous family). Being fourth in line, he was considered to have no chance of succeeding his father to the throne of Vladimir. In 1239, he married Alexandra, the daughter of the Prince of Polotsk. After his father was poisoned during a visit to see Uzhedei, the Mongol/Tatar Grand Khan in 1246, Alexander succeeded as the Grand Prince of Vladimir.

In 1236, he was called by the leaders of Novgorod (formally, Lord Novgorod the Great) as their military leader in defense against Swedish and German invaders. He was named the Prince of Novgorod. At the time Novgorod was a major trading center and was associated with the Hanseatic League. On July 15, 1240, Alexander and his army surprised the Swedish army in a battle at the confluence of the river Izhora with the Neva. With his victory over the Swedes, Alexander put an end to a further invasion from the north and increased his political influence in Russia. However, the victory did not help his relations with the boyars and he soon had to leave Novgorod. In recognition of his victory the nineteen year old Alexander was given the name "Nevsky" (of the Neva).

In the spring of 1241, the Novgorod leaders again called upon Alexander to defend them from the invading and crusading Teutonic Knights. Again he and his army stopped the invasion, this time in the famous battle on the ice during the "Battle on Lake Peipus" near Pskov on April 15, 1242. By defeating, first, the Swedes and then the German Teutonic Knights, Alexander stopped their eastward expansion for several centuries. However, he fought many more battles against the Swedes, including one defeat in 1256 when they tried to block Novgorod’s access to the Baltic Sea. With the defeat of the Teutonic Knights, Alexander took to strengthening the defenses of the Russian lands in the northwest by completing a peace treaty with Norway in 1251.

In the meantime, Mongol/Tatar forces had invaded the Russian lands, sweeping through both the northern and southern regions, destroying principal cities such as Yaroslavl, Vladimir, Chernigov, Pereaslavl, and reducing Kiev to a small village. Alexander choose a course of submission and co-operation with the Tatars as he considered that resistance was hopeless. When in 1247, the Tatars came for tribute, he used his reputation as a hero of Novgorod to convince the citizens of Novgorod that submission was best under such hopeless conditions. When in 1263 a few towns refused to pay tribute to Tatar tax-collectors, Alexander made his fourth trip to the Tatar headquarters to beg the khan to stop the Tatar army that was enroute to Novgorod. While he succeeded, this was his last and most difficult of his service for his people. During his journey home, he became ill and ended his life by taking the tonsure in Gorodetz, receiving the name Alexis in the monastic schema. He reposed at the monastery on November 14, 1263. Upon receiving the news of his death, Metropolitan Cyril of Vladimir announced in the cathedral: My dear children, know that the sun of Russia has set.

In an age of great turmoil Alexander Nevsky was a man who defended his lands and people with great courage and whose action, while questioned by some, successfully maintained the territorial integrity of his lands for his people. As a consequence of his humble submission to the Tatar khan, Alexander was able to preserve the principality of Novgorod and other Russian lands from ruin. It is for his humble concern for his people that he was recognized as a saint by the Church of Russia in 1547.

Christ revealed you, O Blessed Alexander
As a new and glorious worker of wonders;
A man and a prince well pleasing to God
And a divine treasure of the Russian Land.
Today we assemble in faith and love
To glorify the Lord by joyously remembering you.
He granted you the grace of healing,
Therefore entreat Him to strengthen your suffering spiritual children,
And to save all Orthodox Christians.

We honor you as a most radiant, spiritual star,
Rising up from the east; going down in the west!
As you enriched the Russian people with good works and miracles,
So now enlighten us who remember you in faith, O Blessed Alexander.
Today as we celebrate your falling asleep, we ask you to beseech the Lord
That He may strengthen his suffering servants and save all Orthodox Christians!